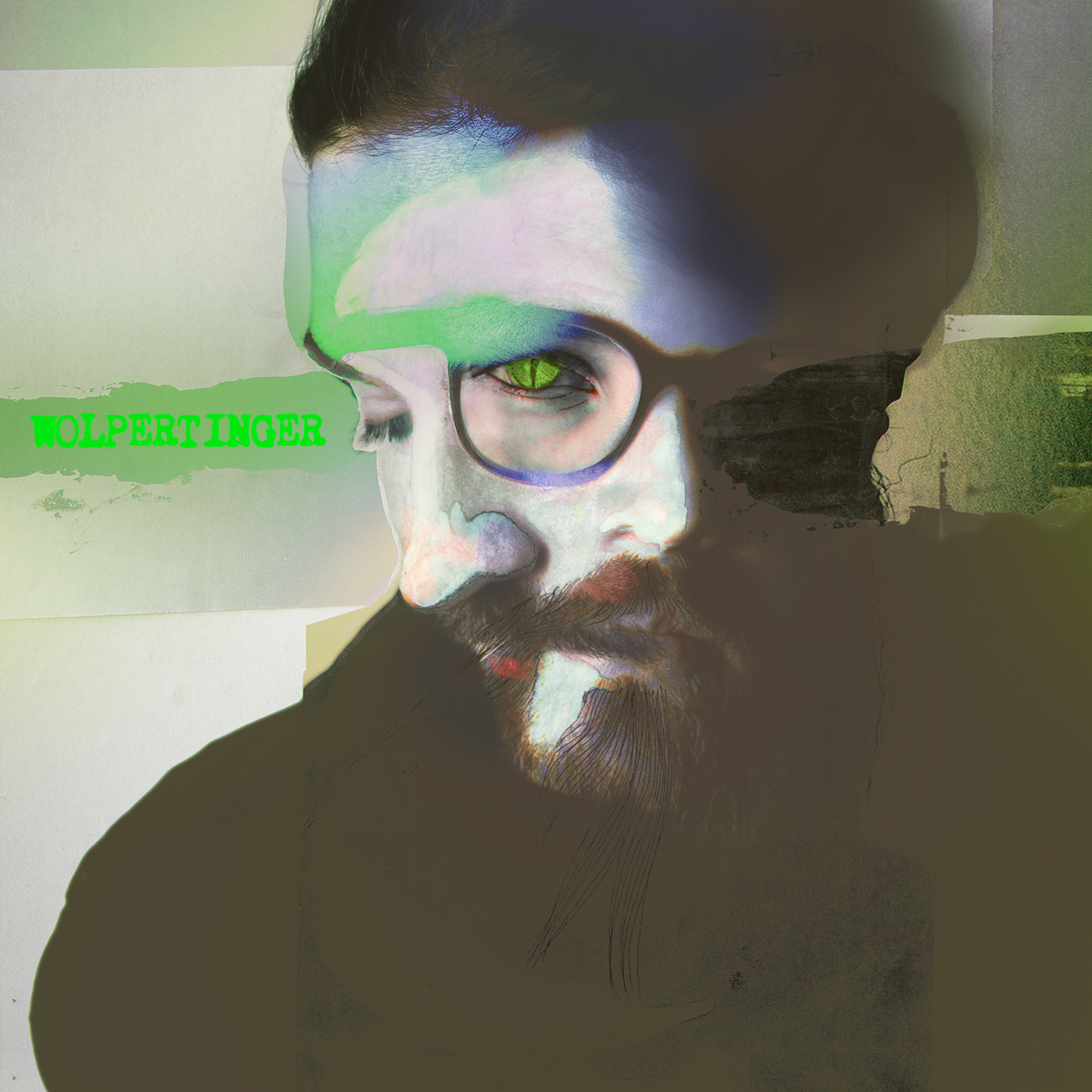 Wolftananzug are releasing their debut-album „Wolpertinger“

To show music in it‘ s ever lasting, ever changing, intuitive flow is what Wolftananzug’s Markus Pott and Hannes Bigge set out to do. Any kind of creative stasis is a no-go to them.

On September 1st, the duo will release their first album, mysteriously titled „Wolpertinger“. The Wolpertinger is a creature of german folklore, a creature that is made by sewing several actually existing animals together, to form an artificial being which recombines parts of mundane reality to make up something completely new, yet somewhat grotesque and frivolous. A perfect metaphor for what the music is aiming to achieve.

The band’s 2016 Debut Ep has already established them as a pair of artists who have found their musical identity and can, without any reservations, channel all that inspires and moves them. The two musicians seem to effortlessly combine the different influences that surround them, be they artistic, musical or stemming from their personal experience of the world, into a unique aural cosmos of Rock and Electronica, enhanced with just a pinch of Kurt-Weill-theater-music.
The result of this is best listened to as a weird brand of Post-Punk which is at all times open enough, to develop into something completely new, finding crooked paths for the listener to walk on, right into the unknown and unexpected.
The songs tell grotesque stories, told from the perspective of lost, broken or mad characters but also deal with personal romantic or melancholic experiences. The dark, sweet and wild melodies and riffs are developed during sessions of free improvisation.

Wolpertinger is the consequential next step in the band’s development. Through the addition of electric guitars, beats and loops, they overcome the limitations of traditional singer-songwriter-structures and thereby create a sound that is more complex, fierce and three-dimensional than anything they have done before. Hannes’ work with the loop-station allows the two, to effortlessly generate the vibe of a many-headed band without them having to sacrifice the close and immediate duo-dynamic which they have come to cherish.

The album title points to the materials diversity and alludes to the fact that there are things combined here that don’t usually go together. The record sets out to break with the familiar, to make visible what is usually invisible – it’s a crazy, loud, sometimes thoughtful, sometimes utterly insane intoxicating rush, made from serious thoughts and grotesque surreality, strange, nightmarish, colorful, explosive and always challenging.

Tracks like Simple Light, Flying Man and Red Box take the listener on a journey through varying styles, sounds and lyrical concepts – carried by distorted guitars, underlined by seductive electronic beats – and make possible the discovery of various nuances within the music and also within the self: It’s an open invitation to exchange worn out ideas for new experiences and perspectives.

Wolpertinger is the starting point of a wild ride that leads straight into the cosmos, music and art created by Wolftananzug, whose creativity is seemingly limitless and who will surely keep surprising listeners with their black humor and no holds barred post-punk-ecstasy. 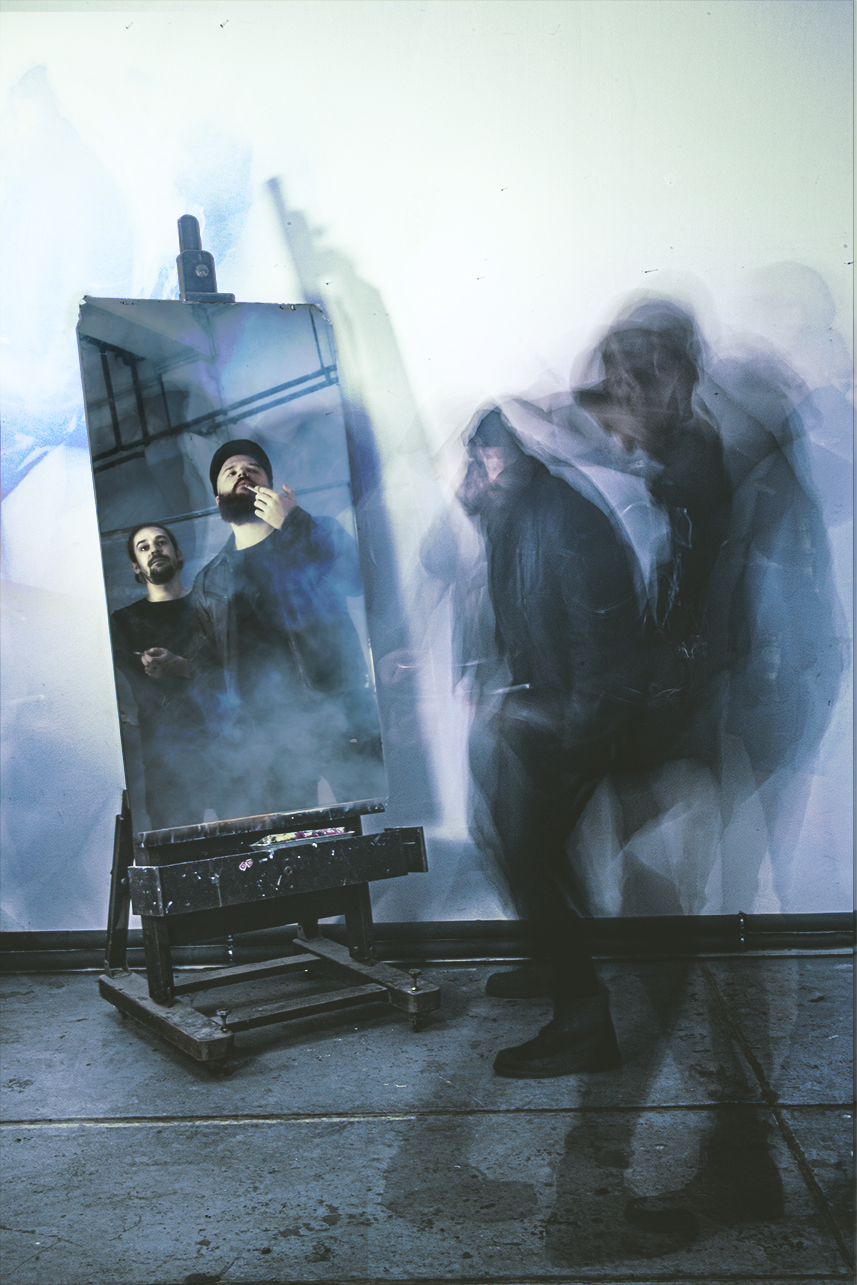 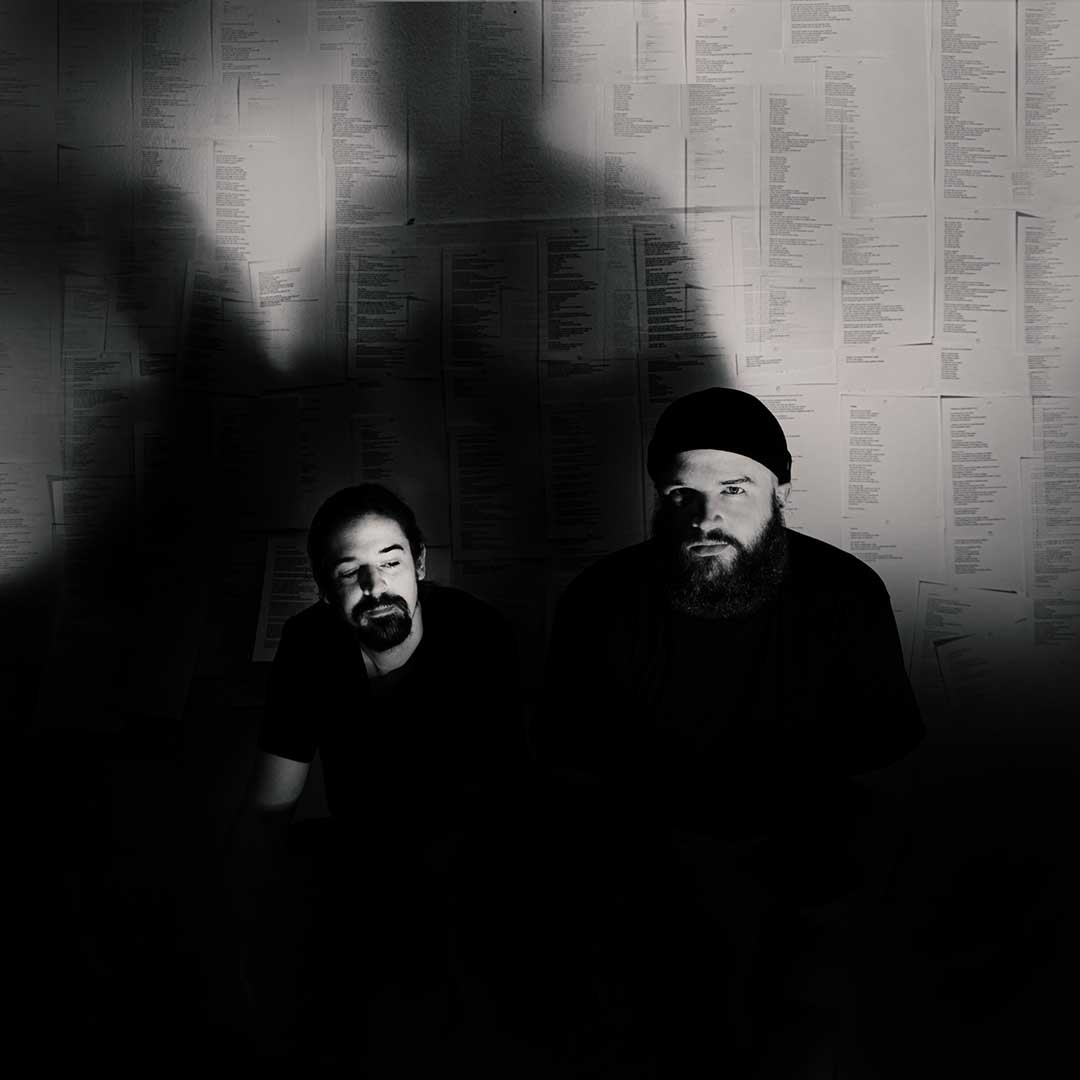 The common musical history of the two friends that comprise Wolftananzug has its origins long before Hannes joined Bleach and Chlorine, a Gothic-Rock Band that was founded by Markus. But it was here that the two learned to work together in a more structured and professional manner and recognized that they were able to best realize their song ideas when working as a duo, combining their strengths but also their weaknesses. Being musically creative together has since been an integral part of their friendship.

When Bleach & Chlorine decided to part ways in 2012, Markus and Hannes had already come to the conclusion that they weren‘t interested in the compromises that come with having a full band of five people or more. Their ideas about art and music had always been a little weird, a little off and rooted in their own little grotesque cosmos. A cosmos that is best navigated with a person at your side that you trust and understand blindly. Thus, Wolftananzug was born. A project that started more as a platform for improvisation, jam-sessions, private scene-parties, weird art and strange performances was turned into a band.

The bands sound is versatile and not limited to the usual preconceptions one might have of a duo. Hannes guitars range from wild to soothing, from ecstatic to profound and his Loop-Station enables him to emulate an entire band. Markus‘ vocals go from manic to melancholic and from angry and rough to relaxed and quiet in an instant. “Blues, Folk, Rock, a heavy dose of Post-Punk and a bit of theatre music“- a mixture that results in a brand of experimental Rock that is unconventional and spontaneous, enabling the duo to transform their music into whatever it needs to be for them to express the ideas they are amused or obsessed by.

Wolftananzug are heavily rooted in Münster‘s art scene which led to Martina Pott, Markus‘ wife, being the invisible third member of the band. Martina is an artist by trade, working in mixed media, graphic design, painting, photography, film and stage set design. Using her long experience in all these fields, she is responsible for all the visual aspects of Wolftananzug‘s grotesque little universe, transforming the music into something you can see and touch. 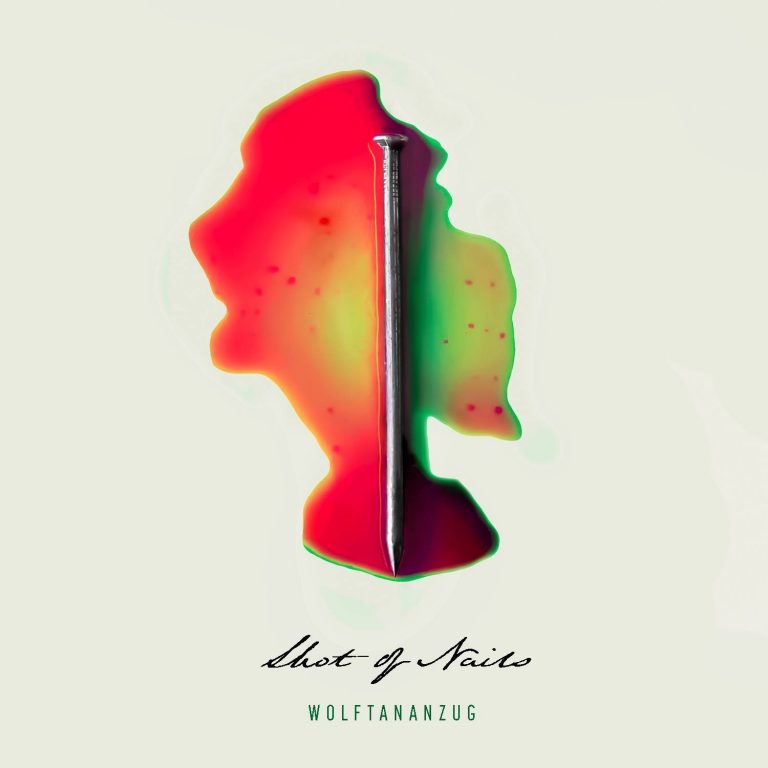 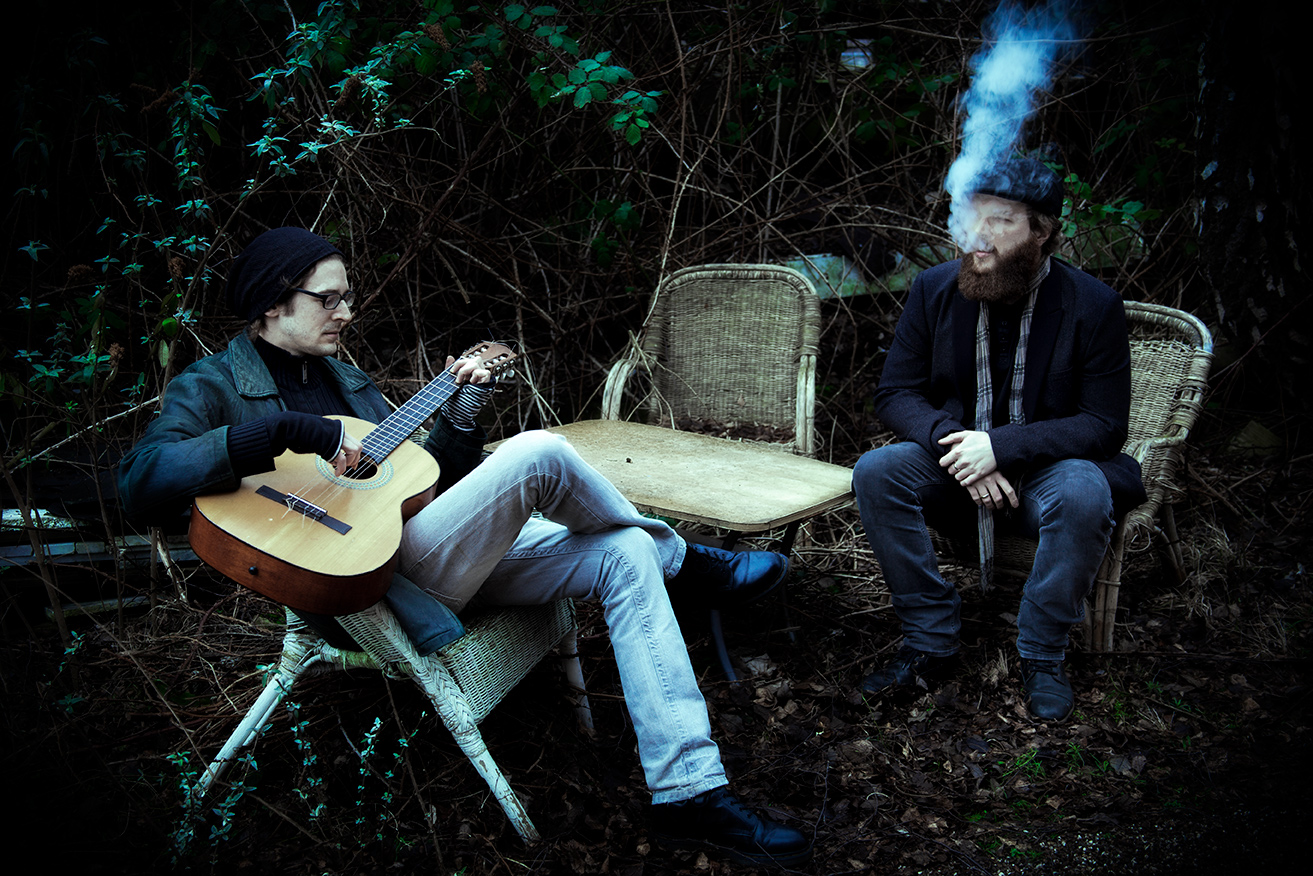